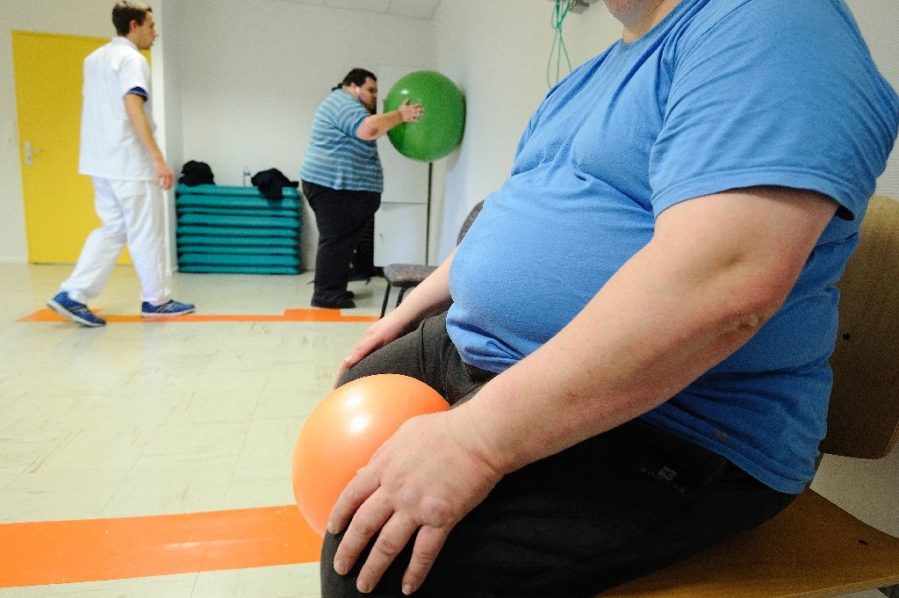 Weight-loss balloons swallowed rather than surgically inserted in the stomach were shown to be safe and effective in preliminary trials, according to findings unveiled Thursday at a medical conference.

So-called intragastric balloons have been used for decades to help obese patients shed unwanted kilos. Inflated with water, the devices curb hunger and make it easier to diet by inducing a feeling of fullness.

Up to now, however, they could only be implanted in the stomach surgically, a costly procedure requiring general anaesthesia or sedation.

In a small trial led by Roberta Ienca, a researcher in experimental medicine at Sapienza University in Rome, 42 obese patients — 29 men and 13 women — were fitted with balloons that were swallowed before being inflated with liquid.

“A catheter is attached to the balloon, which is folded into a capsule,” Ienca explained to AFP.

A doctor fills the balloon via the tiny tube, which is then removed via the mouth with a tug. “This process takes just a few seconds,” she added.

The body-mass index (BMI) of the volunteers varied between 30 and 45. The threshold for obesity is a BMI — one’s weight in kilos divided by one’s height (in centimetres) squared — of 30.

The balloons remained in the stomach for 16 weeks, during which time patients were put on a low-carbohydrate, low-calorie diet.

At the end of that time, an internal release valve automatically opens and drains the balloon, which is then excreted.

On average, volunteers shed more than 15 kilos (33 pounds), which amounted to 31 percent of excess weight.

No serious side effects were reported.

– Seeking FDA approval –
After the trial, patients were transitioned to a Mediterranean diet, heavy on vegetables and olive oil, and light on protein and starch.

The new technique “appears to be a safe and effective weight-loss method,” Ienca commented in a statement.

Because the swallowable balloon “does not require endoscopy, surgery or anaesthesia, this may make it suitable for a larger population of obese patients not responding to diet or lifestyle treatment.”

It could also lead to significant cost savings, she added.

“In itself, gastric balloons are not a long-term solution for weight loss,” Simon Cork, a researcher in investigative medicine at Imperial College London who was not involved in the study, commented after reviewing the results.

“Nevertheless, gastric balloons are still useful for some patients, and the introduction of a device which doesn’t require surgery to implant is a positive step forward.”

Developed by US-based Allurion Technologies, the system is already marketed in Europe in France, Italy, Spain, Belgium and Greece. It is also available in Saudi Arabia and Kuwait.

The company intends to begin the FDA approval process in the United States soon, Ienca said.

The findings were presented at the European Congress on Obesity in Porto, Portugal, which runs through May 20.